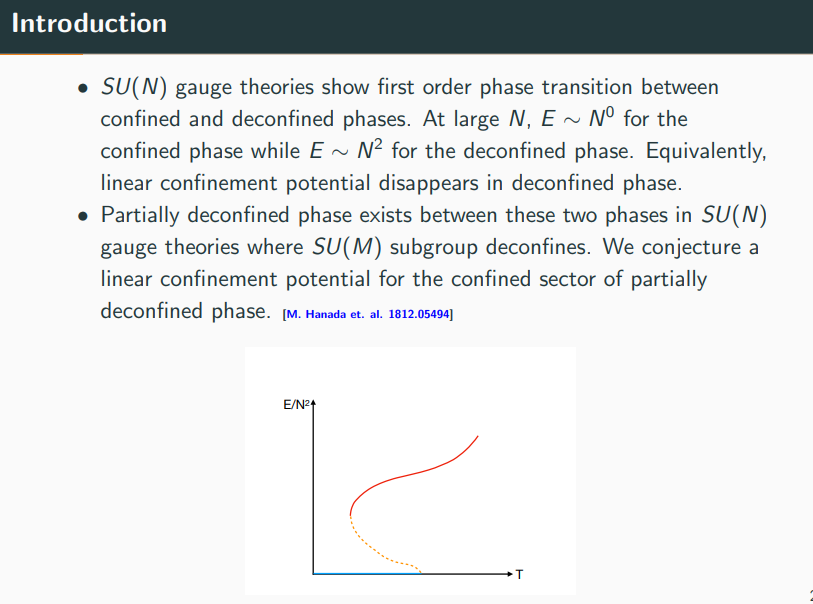 CCP2022, the thirty third IUPAP Convention on Computational Physics, was held this week (1-4 August), hosted by the College of Texas at Austin and held nearly. Vaibhav Gautam gave a contributed discuss on Wednesday 3 August on “Partial confinement and flux tube”. The discuss was primarily based on an upcoming joint paper with M. Hanada, J. Holden (College of Southampton) and E. Rinaldi (College of Michigan, Ann Arbor). A hyperlink to the entire programme is obtainable (hyperlink right here). Vaibhav’s PhD supervisor is Masanori Hanada. The picture under exhibits the introduction slide from Vaibhav‘s discuss.