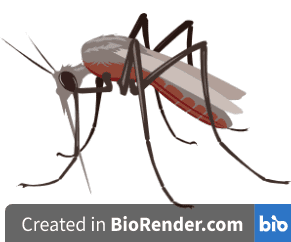 Errors throughout viral replication can provide rise to shortened and/or rearranged genomic sequences referred to as “faulty viral genomes” (DVGs). As a result of DVGs usually lack vital parts wanted for replication and formation of recent viral particles, virions containing DVGs can solely full a replication cycle in the event that they co-infect a cell along with respective full-length (i.e., wild kind) viruses. To copy their genomes, DVGs usually hijack lacking proteins from the wild kind viruses, a phenomenon that may end up in suppression of untamed kind virus replication. There’s growing proof to recommend that this suppression might be exploited for the event of antiviral brokers.

Marco Vignuzzi on the Institut Pasteur has been exploring this concept by investigating the antiviral potential of DVGs produced throughout an infection of cells with varied viruses. In an effort to seize DVGs as they have been fashioned in cell tradition, Vignuzzi and colleagues contaminated mammalian and mosquito cells with Chikungunya virus, a mosquito-borne virus that causes signs just like these attributable to dengue virus. They then remoted newly rising virions from the cells and used these particles to contaminate new cells – a cycle that was carried out 10 occasions in a method referred to as serial passaging. Sequencing and quantification of viral genomes remoted from the final passage revealed that the variety of DVGs elevated by about 100,000 between the primary and final passage. Probably the most prevalent DVGs have been sorted into 4 teams, with DVGs inside every group having deletions of comparable sizes and at comparable genomic places. Three of the teams included largely DVGs derived from mammalian cells and the fourth group included largely DVGs derived from mosquito cells.

To find out whether or not DVGs are additionally generated in an contaminated arthropod, the authors contaminated Aedes aegypti mosquitoes with Chikungunya virus by permitting them to feed on virus-infected blood. Ten days after an infection, the mosquitoes have been dissected, complete RNA was remoted, and DVGs have been recognized by sequencing the RNA utilizing DVG-specific primers. This evaluation revealed that the DVGs produced in mosquitoes had comparable deletion patterns and profiles as these produced in cell tradition, suggesting that DVGs are generated each in cell tradition and mosquitoes.

All subsequent research have been executed utilizing 20 mammalian- and mosquito-derived DVGs that occurred most often and continued by means of all passages. To verify that the DVGs have been certainly faulty and unable to duplicate inside a cell within the absence of full-length virus, the authors launched (i.e., “transfected”) RNA molecules encoding every DVG into mammalian cells and extracted complete RNA from the cells at 8, 20, 28, and 44 hours post-transfection. DVG RNA was then quantified by PCR utilizing primers particular for the respective DVGs. The authors noticed that in distinction to wild kind virus ranges noticed in management cells, which elevated steadily over time, DVG ranges decreased throughout all time factors. This discovering confirmed that within the absence of untamed kind virus DVG RNA was not replicated, however degraded over time.

To see whether or not the 20 DVGs truly interfered with replication of untamed kind virus, the authors transfected mammalian cells with a 1:1 ratio of an RNA encoding a DVG and an RNA encoding a full-length fluorescently-tagged wild kind Chikungunya virus, so they may monitor the presence of the wild kind virus by fluorescence microscopy at varied timepoints. Wild kind Chikungunya viruses transfected along with most DVG-encoding RNAs continued fluorescing strongly at 48 hours post-transfection, suggesting that almost all DVGs didn’t inhibit or scale back the replication of untamed kind virus when transfected at a 1:1 ratio. Nevertheless, when the DVG/full-length virus ratio was elevated to 10:1, fluorescence of full-length Chikungunya viruses decreased by 10 – 1,000-fold within the presence of virtually all DVGs, suggesting {that a} greater ratio of most DVG RNAs elevated the chance of those genomes to confiscate wanted replication parts from wild kind viruses and thus intrude with their replica. Curiously, the smallest DVG with the largest deletions didn’t appear to intrude with wild kind virus replication, in all probability as a result of this genome was lacking too many parts and couldn’t be adequately compensated by the presence of full-length virus. General, these outcomes urged that each mammalian- and mosquito cell-derived DVGs can intrude with wild kind virus replication in mammalian cells. Remarkably, when this experiment was repeated in mosquito cells, many of the mosquito cell-derived DVGs that might inhibit wild kind virus replication in mammalian cells have been unable to take action in mosquito cells. Though the precise cause for this impact is unclear, it’s doable that the prevalence of arthropod-borne viruses in mosquitoes has led these viruses to evolve some resistance to the results of DVGs throughout viral replication in mosquitoes.

The authors additionally discovered that though most DVGs solely inhibited Chikungunya virus strains that have been carefully associated to the pressure they have been derived from, a small variety of DVGs additionally inhibited extra distantly associated viruses like Sindbis virus, suggesting that DVGs could also be able to inhibiting a broad vary of viruses.

In a remaining set of experiments aimed to guage the flexibility of the DVGs to forestall viral unfold inside mosquito hosts, the authors injected mosquitoes with DVG-encoding RNAs, and two days later they contaminated them with a fluorescently-tagged wild kind Chikungunya virus. A management group of mosquitoes was solely contaminated with Chikungunya virus however didn’t obtain any DVGs. 5 days after an infection, the mosquitoes have been killed and analyzed for an infection and viral unfold by in search of the presence of virus within the midgut and the remainder of the physique, respectively. All mosquitoes had comparable ranges of virus within the midgut, whether or not they had acquired DVGs or not, suggesting that DVGs had no vital affect on an infection. Nevertheless, mosquitoes that had acquired DVGs had considerably decrease ranges of virus in the remainder of the physique in comparison with management mosquitoes, suggesting that DVGs can scale back replication and unfold of virus in mosquitoes.

As a result of all experiments concerned supply of DVGs earlier than or concurrently with wild kind virus an infection, it’s unclear whether or not DVGs would have any therapeutic impact in the event that they have been utilized after an infection. Presently, probably the most possible use for DVGs could be as a vector management technique by engineering and releasing mosquitoes which might be unable to transmit virus. Nevertheless, contemplating that DVGs have immunostimulatory potential and their presence in people correlates with milder illness and higher consequence after influenza virus, respiratory syncytial virus, hepatitis C virus, and dengue virus infections, it will be fascinating to see in the event that they could possibly be utilized as direct therapeutics in people. Utilizing a mixture of lab experiments and computational approaches, Vignuzzi and colleagues recognized DVGs with optimum interference exercise in a follow-up research. Primarily based on these outcomes, the French biotechnology firm Meletios Therapeutics is at present creating a brand new class of antivirals in opposition to Zika virus and Chikungunya virus. That is thrilling information, as a result of there are at present no efficient antiviral remedies for these two viral infections, and I stay up for following up on these new developments in a future put up.

Turn into a Node correspondent – the Node